Suspense to shoot in Germany and Switzerland 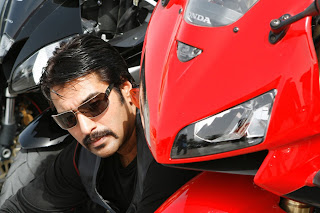 Another suspense news from the team of Malayalam film Suspense. The film which is going to start shooting this month has shifted its 90 % shooting to Germany and Switzerland. After 10 days shoot in Kerala film crew will fly to Germany.
Film starring Rahman in the lead is directed by Viji thampy. Bala is doing another main role. To be produced by Sasikumar Nattakom (who had earlier produced Nanma) under the banner of S.K. Entertainments, Suspense will also have in the cast Kalabhavan Mani, Jagathy Sreekumar, Cochin Haneefa, Suraaj Venjaramoodu, Manikuttan, Arun, Anoop Chandran, P.Sreekumar, Kalasala Babu etc. It’s a debutante actress who will be playing the heroine.
Suspense will feature script by Vinu Sreedhar and Surendran and cinematography by Bijoys. Lyrics by Asha Ramesh will be set to music by Shan. Donmax will do the editing and Saburam the art-direction.
Rahman's big budget malayalam movie named Musafir, directed by Pramod Pappan follows Suspense. Second schedule of the film starts on March, 1 in locations like London, Dubai and Cyprus.
That means Rahman will be outside India for more than two months for two malayalam films.