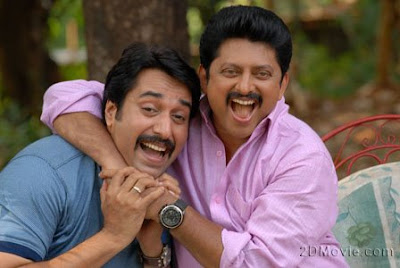 In Bharya Onnu Makkal Moonnu, which has Rajasenan as the director and the protagonist, actor Rahman is playing his younger brother. Rahman’s character is called Rajmohan Thampy and unlike his elder brother, he is a successful businessman, making his father proud.

According to Rahman, “though I haven’t faced such situations as dealt with in the film in my real life, the script made me think about the instances where I have heard about such tales. I wanted to be a part of the film regardless of the length of my role.” Sindhu Menon plays his wife, in the film.

Mukesh and Jagathy Sreekumar also play important roles in the film. While Mukesh plays a businessman based in the Gulf, Jagathy is Rajasenan’s best friend during tough times.

Sivaji Guruvayur is doing the role of retired IG Sachidanandan Thampy, who is too stubborn and is hesitant to express his affection for his loved ones. It was a role originally meant for actor Murali but Sivaji came into the picture after Murali backed out. Sivaji Guruvayur has for long been active in the drama circuit and got his big break in movies with Lal Jose’ Arabikkadha.
(2dmovie.com)