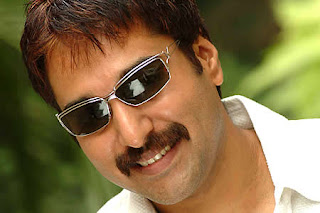 Rahman has been making sporadic, on-and-off screen appearances these days. In his comeback mode, he has chosen to play baddie and has been successful in movies like Thoothukudi and Billa.

Now he’s back with a bang with a very powerful role in a new film titled Lathika, a suspense thriller directed by the medico-turned actor Dr Srinivasan. Besides directing the film, Srinivasan plays the protagonist in the movie. Meenakshi Kailash, a new girl from Delhi, makes her debut in Tamil.

What prompted Srinivasan to take the plunge into direction? Srinivasan replies, “Even though I’m a doctor by profession, I used to write a lot of scripts and the desire to direct a film has been germinating for a long time. Initially, I had the opportunity to act in a few films, including Indra Sena. Now, in Lathika’s story by Bharadhan, I have tried out a new narrative method. There’s a strong message in the film which I’m sure it will go down well with the masses.

Rahman, in a powerful role, shares equal footage to mine,” says Srinivasan, who has a strong political background.