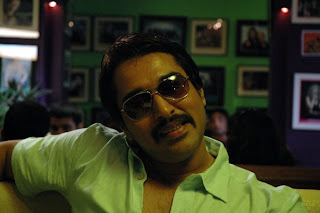 Rahman's new tamil film " Vaamanan" is all set to release this April. Produced by R.Ravendran of Dream Valley Corporation, Vaamanan is a big budget, edge of the seat action thriller shot in various locales featuring, Jai, Rahman, Laxmirai, Oorvasi , Thalivasal vijay, sampath, santhanam along with new face priya. The film boasts of using RC helicopter for the first time in South India as an integral aspect. The film is directed by debutant director I.Ahmed along with Arvind Krishna as the director of photography and Uvan Shankar Raja as the music director.

Jai has gone through a drastic makeover and lost more than 7 kgs to get the sleek "cityboy" look in this film. Jai plays Anand, a young carefree boy from salem who comes to chennai to stay along with his friend Chandru (santhanam) to pursue his dream. His passion and new found contacts which he develops in chennai introduce him to a new world and what follows as an after effect is the crux of the story. New face priya plays divya, his love interest and Laxmi rai dawns the role of pooja, a young model from delhi.
The film is set in an urban back drop and the film maker has attempted a new narrative which is compelling and visually captivating। Apart from Chennai, Hyderabad the film has been shot in Malaysia, Bangkok and Singapore. The film now is in it's post production stage and is slated for an April release.