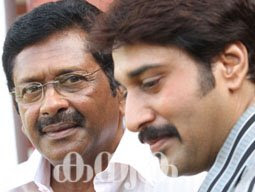 It seems, veteran director Fazil too has fallen to the craze of giving English titles to his films.

His Dileep-Rahman-Aswathy (new actress) film for producer Johnny Sagariga has been titled Mouse and Cat!

Mouse and Cat has Dileep, Rahman and Aswathy in the lead along with child artist Nivedita,Jagathy, Harisri Asokhan, Manoj.K Jayan etc. It is scheduled to release on April 14, for Vishu, but is likely to be postponed as election in Kerala is on April 16.